The mission of Premier Hoops is to train and nurture youth basketball players through conditioning and developing skills, while instilling the importance of setting goals, working hard, and being a good citizen.

These players have been recognized as making tremendous improvement over the course of the spring 2015 basketball program. 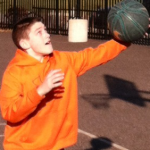 “Beast on the Glass” Chris has made so much improvement during this spring season. Due to his hard work and dedication at skills workouts, Chris has averaged a double-double throughout the in-game portion of the season with points and rebounds. With continued commitment and practice, we believe that Chris has the potential to be a high school star, wherever he decides to go! 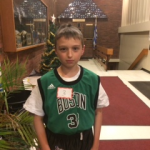 “Game-Changer” Michael brings out top performances in the biggest games. Michael is from Beverly, Ma and has been with Premier Hoops for slightly less than two years. This spring Michael has hit some big shots and made some big plays for the 5th grade team. He has worked very hard the past 12 weeks and has shown tremendous improvement in his defense and in-game endurance. Michael has the potential to become a high school and then play in college if he continues his dedication to the game.

This is Aoife’s first season with Premier Hoops and her improvement has been incredible. Coming into the program she was still very new to the game and after twelve weeks we have seen her blossom. She has become much more confident with the ball (dribbling, passing, and shooting). She has also shown tremendous amount of hustle every practice and game for rebounds and has become a much better rebounder. Aoife has learned to stay under control and keep her hands up on defense. We believe that with continued practice, she has a ton of potential to play at the high school and college level.

Tatum is a rising star on the North Shore. She is a leader by example. Every day she shows incredible effort and hard work at practice. We have seen a huge improvement in her ball-handling, passing, and finishing ability. She is always a leader in deflections and rebounds during the games. With continued work on her pull-up and mid-range shot, Tatum will be a huge threat to opposing team next year. She will also be a huge contributor to any high school that she decides to attend. 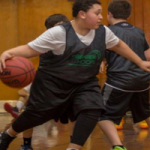 Anthony led the entire program in practice attendance this spring! Anthony also lost a significant amount of weight this spring (over ten pounds). We have seen tremendous improvement in his endurance, shooting, and ball-handling strength. He has demonstrated a lot of leadership when things were good and when things were bad. Anthony has a high basketball IQ and has a lot of potential to play at the high school and college level. With continued practice and discipline we see Anthony as a rising star on the North Shore.

Abdul Bah is a hidden secret with huge upside potential. Abdul is almost six feet tall and he led the 6th grade state team in rebounds throughout the entire spring season. He has shown great improvement in footwork and finishing moves around the rim. He is one of the best low post players in the North Shore for his grade and we see him playing at a very high level if he continues his work ethic. 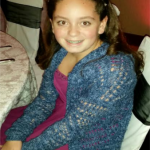 Look out for this girl in a couple of years. She has been improving every season with Premier Hoops and has made a bunch of big plays for the 7th grade girls’ team throughout the season. Alexandra is a leader in attendance at Premier and her improvement shows it. With the type of commitment Alex has for basketball she could one day be a varsity star at any high school she decides to attend. 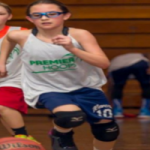 Chloe has been with Premier Hoops for over two years. She is a tough and feisty guard (with very high basketball IQ), who continues to improve and make big plays on the court. Chloe’s finishing and ball-handling skills have significantly improved over the past season. She has also been a leader in practice attendance for the past two years at Premier Hoops. With continued work on her outside and mid-range shooting, Chloe will be a huge threat next season. Giordano has the potential of being a varsity all-star and college player one day if she continues her hard work and dedication. 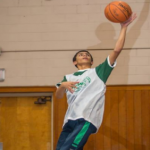 St. John’s Prep bound, Gabe D’Silva has been a high impact player the entire spring season for Premier Hoops 7th Grade State Team. He has been with Premier Hoops for over three years. Gabe went through a huge growth spurt this past year and he now stands over six feet tall. D’Silva has a very high basketball IQ and has developed great post moves and footwork, which will make him a huge threat next season. With continued work on his mid-range game, Gabe has the potential to play at a very high level. Look out for Gabe in the next several years as he will be a huge asset to St. John’s Prep in Danvers, Ma!

Fenwick bound Dipietro has been with the Premier Hoops program for over three years now. She is one of the most dedicated players in our basketball program. Olivia is a natural leader and has seen good and bad seasons. One thing about Olivia is that she never gives up and always has a positive attitude. Her offensive skills have blossomed this season as she is averaging a double-double in points and rebounds. Olivia is a defense stopper and this fuels the entire team. Dipietro will have a big season for Bishop Fenwick High School next year! 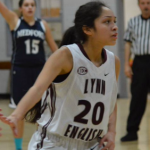 This is Shey’s first year with Premier Hoops. She brings a lot of fire to the team. She sparks up the defense and offense. She had 18 points in a huge game for the 9th grade state team this spring, where she put the team on her back and won the game. Shey has significantly improved her court presence and offensive skills throughout the season and we see her being an impact player at Lynn English High School next year! 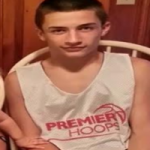 Charlie has been training with Premier Hoops for three years. We have seen tremendous improvement in his ball-handling and shooting skills. In the winter season, Charlie was moved up from the freshman team to JV team at Lynn English High School. During the spring, Charlie has played up a grade and averaged 10 points and 6 assists per game. Charlie has demonstrated a lot of leadership and hard work and he has a high potential of playing at the college level. 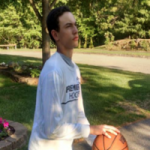 Matthew has taken his game to another level in a short period of time. His hard work and dedication has resulted in an increase of endurance and basketball skill. Scearbo has average 3 steals and over 10 deflections per game, which has made him our “defense specialist”. Throughout the season, we like to put Matt on the best offensive player from the other team so that he can shut him down. We expect Matt to make a huge contribution to the Georgetown High School team next year. 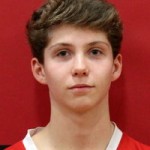 Patrick is an up and coming star on the North Shore. He has shown an incredible growth in the past year with Premier Hoops in his defense and leadership as a point guard. He is a tough guard on offense because he can knock down the three-ball as well as drive and finish at the rim. Another dangerous part about Patrick’s game is his mid-range shot. He will outwork anybody on the court and will be an asset to the Masco Varsity Team next season and has the potential to play at the college level. 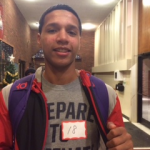 Ivenson has made a huge contribution to our basketball program. He is a rising star at Lynn English High. He has shown incredible growth as a defender and an offensive play maker this season. Ivenson average 18 points per game this season, including a couple 30 point performances. He has a unique ability to create contact and finish in the paint. With continued hard work and practice Ivenson has the potential to be North East League All-Star next season for Lynn English High School.

“IQ” Cheever has made huge impact this spring season. Over the course of the past couple years, Trish has shown incredible growth in basketball skills and leadership. She has always been a leader in practice attendance, but this season she had to step up and play new positions on the court. She has shown a lot of confidence in bringing up the ball against pressure and running an offense. Cheever made huge plays for our team during the final stretch of the season. She will be a big part of Revere High’s success next year and has the potential to be a strong d3 college player.

These players are recognized by the Premier Hoops basketball program as putting in a significant amount of dedication and also improving a lot over the course of the Spring 2015 Season.