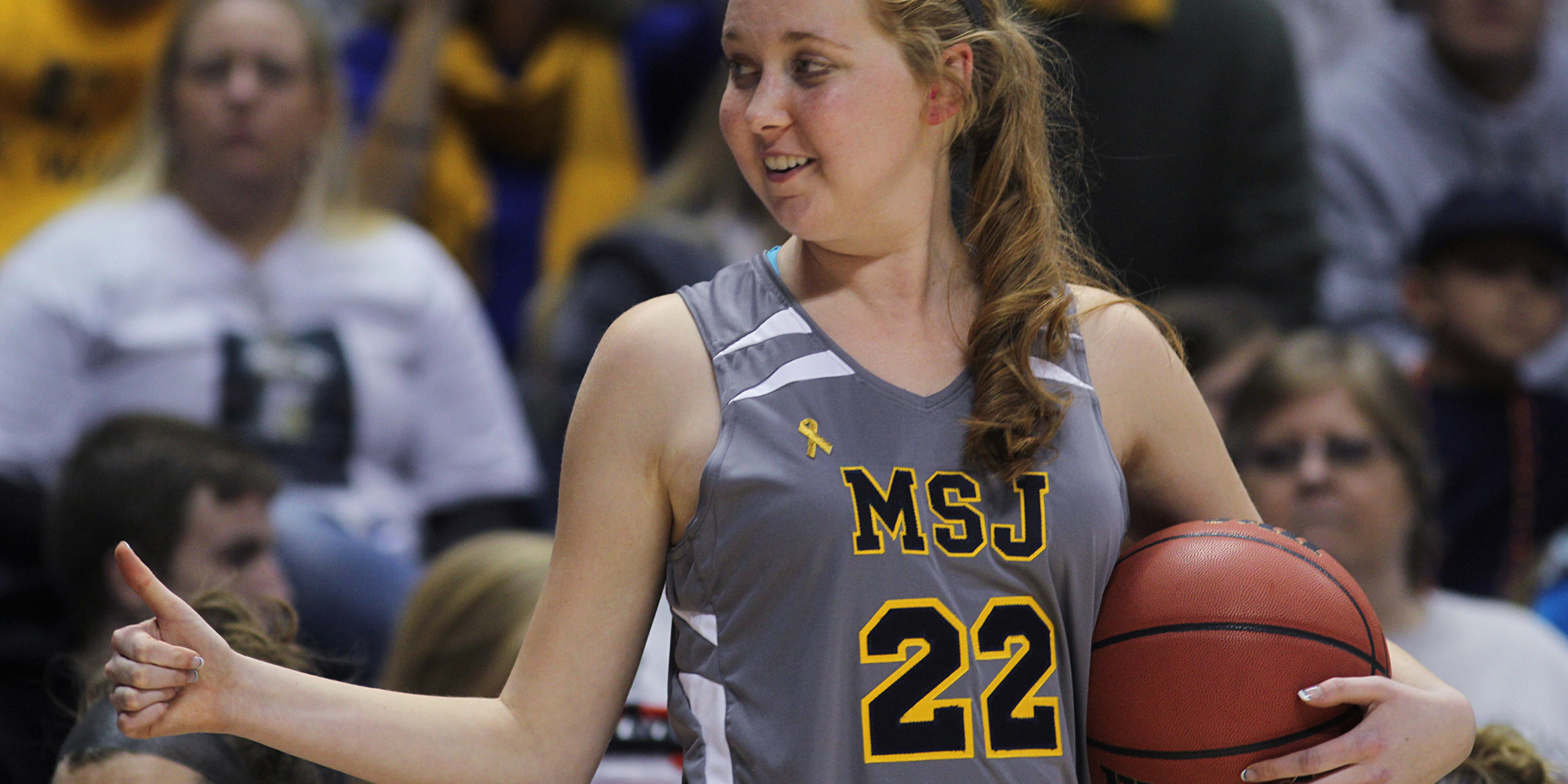 Dreams, goals, ambitions, when are they born, and when do they die? For some, like Lauren Hill, they never do.

Lauren Hill’s story is as medically complex as it is brave and bold. There are many diseases and ailments which destroy the human body; some are familiar to all of us, and some are so obscure and hard to pronounce that we don’t even know they exist. That is, until someone like Lauren Hill stands up and raises awareness about something that would normally cripple the rest of the human population.

First and foremost, Lauren Hill was an amazing young woman with an intense passion for the game of basketball. It was something she fell in love with at an early age and it was an outlet that helped her escape everything she was going through.

Lauren Hill was diagnosed with Diffuse Intrinsic Pontine Glioma (DIPG) shortly after her 18th birthday. DIPG is a rare form of brain cancer that attempted to stop Lauren from achieving her dream of playing for Mount Saint Joseph’s women’s basketball team.

For anyone who has stepped into a basketball arena either as a fan or a participant in the game, you can’t help but be engulfed by the atmosphere. Sneakers squeaking sound like your least favorite teacher scratching the chalk board. Hundreds of balls bouncing echo through your brain like cannons being fired. Coaches are screaming directions.   Parents are yelling to put their child in the game.   Players are trash talking to one another and to the refs. This is all madness to any normal person, but to Lauren and her condition, every little noise, every sound, was amplified to the point where it made Lauren dizzy and lightheaded just sitting on the bench. You would often see Lauren wearing earplugs to try and block out the noise, and sunglasses to dim the bright lights of the arena. Lauren conducted herself with style and grace in front of a sold out audience of over 10,000 spectators and scored the first and last basket in Mount Saint Joseph’s victory over Hiram College.

Lauren is a great example of someone overcoming great adversity and pain to achieve a goal. It would have been easy for Lauren to stay in her hospital bed and root her team on from the television, but Lauren wouldn’t have that. She laced up her sneakers and wanted to be present with her teammates and wanted to make a difference. Due to Lauren’s courageous efforts, young athletes, young people, and adults are now aware and knowledgeable about DIPG.

Lauren efforts and perseverance have raised over 1.5 million dollars in cancer research which will benefit others for years to come.

Lauren passed away recently at the age of 19. She lived a vibrant and full life which just happened to center around her love for the game of basketball.   Through all of this, Lauren appeared to be aware that her role was bigger than being an athlete, than being a part of her basketball team, Lauren found herself as a leader and spokesperson for an untreatable and unbeatable disease, that is until Lauren inspires the person who will eventually find the cure.