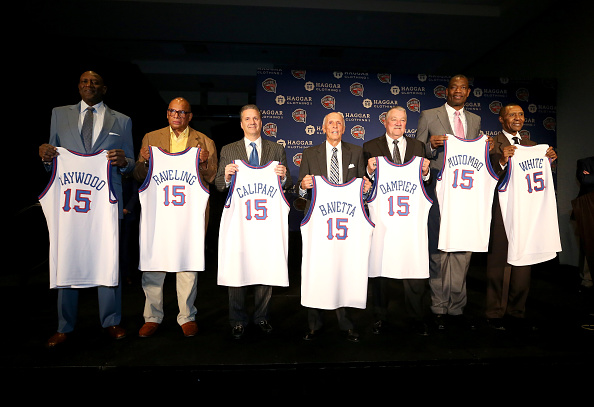 11 new members are scheduled to be enshrined into the Naismith Memorial Basketball Hall of Fame. Let’s take a look as the inductees and their storied careers.

Tom Heinsohn- [Coach]- Tom Heinsohn is already inducted in the Basketball Hall of Fame as player and is now receiving that honor as a coach, and is one of only four individuals to receive that honor along with Bill Sharman, John Wooden and Lenny Wilkens. Heinsohn is a life-long member of the Boston Celtics and sill does color commentary.

Lindsay Gaze- [Coach]- An international selection and a native of Adelaide, South Australia, Gaze has represented his country as a player and coach in seven different Olympics. Gaze is already a member of the Australian Basketball Hall of Fame and the FIBA Hall of Fame. Gaze won two championships with the Melbourne Tigers and was coach of the year in the NBL in 1989, 1997, and 1999.

Spencer Haywood- A pioneer of the ABA and NBA. How about these number for a rookie season in the ABA? Haywood averaged 30 PPG and 19.5 RPG. Haywood was part of lawsuit and Supreme Court Decision, Haywood v. the National Basketball Association, that overturned the NBA”s old rule that required a player to wait for 4 years before being eligible to enter the league.

Dikembe Mutombo- When you think of Dikembe Mutombo you have to think about defense and finger-waving. Mutombo will never be remembered for his offensive repertoire, but rather as a defensive anchor on every team he ever played for. Mutombo comes from a long-line of great Georgetown centers including Alonzo Mourning and Patrick Ewing. Mutombo was an eight-time NBA All-Star and a four-time NBA Defensive Player of the Year winner. Mutombo is a native of Zaire, Africa and is involved in countless projects to help his home country.

Louis “Louie” Dampier- Louis Dampier Is one of the great players from the original ABA. Dampier played for the Kentucky Colonels and is the ABA’s all-time leader in games played (728), Minutes played (27, 770), points scored (13, 726), and assists (4,044). Dampier concluded his professional career with the San Antonio Spurs of the NBA after the ABA merger.

George Raveling- George Raveling, a barrier breaker who was the first African-American coach in the ACC and PAC- 8 (now the PAC-12). Raveling was the head coach at Washington State University and led them to two NCAA tournament appearances.

John Isaacs- An early pioneer of the game of basketball, Issacs played for the New York Renaissance and was part of the World Professional Basketball Tournament Championship in 1939.

Dick Bavetta [Referee] – Dick Bavetta was an iron man and over the span of his 39 year career and refereed 2,635 consecutive games. Bavetta has refereed in the Eastern League/CBA, Rucker Parker Summer League, the Jersey Shore Basketball League, FIBA, and the NBA.