Basketball in United States: Are We Teaching the Right Things?

Starting in the United States from a YMCA training school by James Naismith, basketball has growing to be one of the most popular sports in the world. (https://wonderopolis.org/wonder/who-invented-basketball)

The popularity of basketball stems from these and many other factors:

Since 1891, the game has progressed and went through many changes up until 1946, when the NBA was formed.

Now the world started to see some of the best players and talent around.

The competition started to rise and player development did the same.

When before, players could get by on playing pick-up games and having great athleticism… now, players were training on their skills every day, lifting weights, dieting properly and watching film.

This progression has continued throughout the 60s, 70s, 80s, 90s and in the 90s we saw arguably the greatest player to play the game: Michael Jordan. 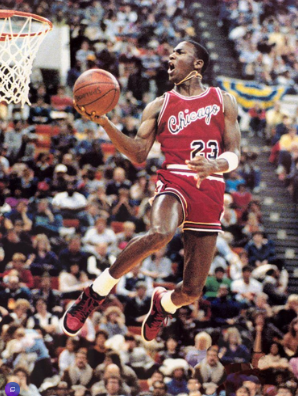 This pictures exemplifies much of what basketball stands for:

For 2000 and on, we have seen a bit of a change to this attitude and mind set, which leads to the question:

Are We Teaching the Right Things?

In an incredible article by Brian McCormick Basketball: http://learntocoachbasketball.com/united-states-youth-basketball-development-system this question comes up:

Is basketball being done/taught the right way in the United States?

Since the emergence of “AAU Basketball” the United States has seen an explosion in the amount of youth basketball teams.

It seems as though the conception is: “everyone has the play on a basketball team to get better,” but we are seeing no time for an “off-season.”

When playing on a team every season, there is a limited amount of time when the player can get better at their own game.

Have teams changed the mindset of our youth?

In this article by Brian McCormick Basketball: http://learntocoachbasketball.com/united-states-youth-basketball-development-system this topic is discussed.

Most youth (8-13 year olds) leagues and teams are organized as one-season teams. The player signs up for a league, is placed on a team, plays and joins a new team the following year. Many club programs exist for only one season or there is great player and coach turnover. Few organizations feature a progression from season to season with the same coach or at least coaches guided by the same philosophies and principles.

I know a good youth coach who watched as players left his program year after year to find “better coaching,” “elite competition,” or “a better chance to go to Nationals.” After several years bouncing from program to program and playing high school basketball, parents would confess to the coach that he was their child’s best coach, and they never should have left.

As a coach, what do you do? Do you focus on long term development and lose players before your approach has an effect or do you change to a win-now mentality to retain players? Is it fair to criticize the coaches or do parents who jump from program to program share the blame for the dysfunctional system?

A big factor in improvement and development is going through adversity. Many youth are not exposed to this because they are being selected onto a team to play every season.

If something goes wrong and they do not like it, their parents can always switch them onto another team.

But is that really helping them to improve their skills or overcome stress.

We believe it may be setting them up for failure in the future.

These questions are asked rhetorically, in order for the reader to consider how much actual work it takes to achieve something great.

Also, to consider how many speed bumps and set backs along the way it takes to make that person GREAT or the GREATEST.

We are the future, we must show the way.

If you are still reading this article… our goal has been to start a conversation.

Will our youth be prepared in the future if everything is given to them or if we teach them the power of hard work?

Are we teaching real work ethic and dedication?

Is failure and rejection necessary to reach your goals?

The mission of Premier Hoops is to train and nurture youth basketball players through conditioning and developing skills, while instilling the importance of setting goals, working hard, and being a good citizen.

Every day we are trying to inspire players to work hard and reach their full potential through practice and commitment.